Today, February 26, my award-winning epic fantasy novel, The Arrival, is on sale for $.99 on amazon.com for kindle!  If you’re a fan of Game of Thrones, The Lord or the Rings, Eragon, or the fantasy genre is general, this is the book for you!

Unsure if you want to spend a dollar on a book when you could get something from the dollar menu at McDonald’s instead?  Here’s what professional book reviewers are saying about The Arrival.  Maybe they can change your mind.

“5 out of 5 stars.  (The Arrival) includes an interesting mix of war, magic, romance, and comedy built into an otherworldly, archaic setting…an incredibly fun and riveting read – even for non-fantasy readers” – San Francisco Book Review

“A brilliantly spun tale…The Arrival is one of the best fantasy novels I’ve read this year, harking back to the likes of Christopher Paolini’s Eragon and George R. R. Martin’s Game of Thrones.  5 Stars.” – James Grimsby, SPR

“5 out of 5 stars.  A grand adventure…an engaging and sprawling epic…fans of Game of Thrones will love this novel.” – Pacific Book Review

If nothing else, I found the title of this book to be amusing, since Cobban spends the entire length of the work refuting the idea that the French Revolution was a social revolution at all. Cobban writes in direct opposition to renowned French historian George Lefebvre’s theory of a social revolution of the people of France against the institutions of feudalism. Cobban, on the other hand, challenges most of Lefebvre’s points and asserts that the revolution was predominantly political.

History, Cobban argues, is far too complex to be broken down into single, overarching themes (such as the theory that the revolution was a rebellion against feudalism). He makes compelling arguments, and I found myself agreeing with him more often than not.

The readability, it must be said, is extremely dry.

Of course, I may be a bit biased, because I love history and reading history books. That being said, there are many history studies out there that are both enjoyable to read and easy to grasp. While Cobban’s concepts must not be simplified, it would have been a relief if he would have used more…compelling language – or less stuffy wording, at the very least. Also, he often goes off on one or two sentence tangents that are made up wholly of French. As much as I would love to be fluent in French (and many other languages), I’m afraid I’m not – and likely the majority of his readers are not, since it’s a book written for English-speaking readers.

The points that Cobban makes are solid. It’s the presentation that is lacking. I’d recommend The Social Interpretation of the French Revolution to any serious history student, but anyone looking for general information should probably look for an easier read…or at least a fluid one.

I picked up Digital Book Editing because I, as a self-publishing author, often need assistance when it comes to the more technical parts of my job. Also, Cate happens to be my employer at SPR. In my time as an employee at the Self-Publishing Review, I have, through personal experience, found Mrs. Baum to be an incredibly knowledgeable woman who is good at what she does. So, I had it on good authority (my own) that this self-help book would actually, you know, help.

And that is exactly what this book does. Restructuring my manuscripts has never been easier. Cate lays step-by-step instructions out for easy consumption. Even I, a notorious technical invalid, was able to follow her directions. The end result? I now have converted e-book files for my books that look far more professional than I would ever have managed to create on my own. Cate is a professional editor, and her advice is just that – professional.

There are, of course, other helpful hints in Digital Book Editing, such as useful information on spelling, grammar, and characterization. All of these portions deliver information vital to publishing and commercial success. She does get a bit snarky with some of her examples, but I’m certainly not going to blame her for that. As an editor for self-published authors, she gets to see both the best and worst that publishing has to offer. (By that, of course, I mean that she gets to see some good writing and a LOT of truly terrible writing. She deserves to get a bit snippy about certain criminal writing offenses that she is forced to see over and over and over…)

In summary, this is a resource I wish I’d had when I published my first manuscript. It would have saved me a lot of trouble down the road. If you’re looking for a way to better your writing, formatting, and editing skills, this is the book for you. Don’t waste your time poring over the internet for spotty information – pick up Digital Book Editing and find it all in one convenient place. You’ll get facts, advice, and non-negotiable instructions on how to become the best author you can be.

Purchase The Omens of a Crow 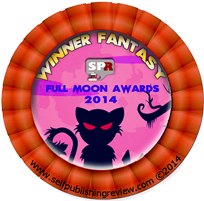